Press enter to begin your search

London’s LipSync Post (www.lipsyncpost.co.uk) spent the past year and a half working on the new SyFy seriesOlympus, which debuted on April 2nd. The show spans 13 episodes, each approximately 45-minutes in length, and takes viewers back to a mythological world in the year 2,000 BC. In this ancient Athens setting, Hero embarks on an adventure, where he is faced with the desires of lust, betrayal, jealousy, greed, ambition, fear, trust and love.

In addition to physical sets, Hill and his team also created a virtual set that replicated the cul-de-sac where Phil lives. Making a full model of the location, the crew utilized a 360 degree green screen that produced a real – time virtual world in camera.

The tech behind Once Upon a Time’s Frozen adventures

Courtesy of Zoic Studios for fxguide

Crafting up to 400 VFX shots for each episode of Once Upon a Time is no easy feat, especially when there are 22 episodes each season. But the effects company behind the work, Zoic Studios, has mastered the art of virtual sets and integrated pipeline tools to make those deliveries possible. We find out about some of the tech behind this new fourth season of the popular ABC show, which incorporate Frozen characters into its storyline.

In our previous post, we shared some fantastic insights from Charles Poynton from our private member forums for our advanced Digital Colour Theory course running this term. In addition to the forums and VPN software, another bonus extra that comes with membership is access to our weekly video magazine “Background Fundamentals”, which covers the latest tech and trends in the industry. We thought we’d share last week’s episode, which was a visit to the Emmy-award winning Lightcraft Technology headquarters, makers of the Previzion virtual studio system. 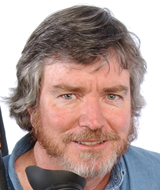 In my role covering new Cinema Technology for DCS, I am often offered gear to test and evaluate, everything from new lighting units and cameras to various digital cinema recorders.  Since I need to keep busy earning my living as a DP, I honestly don’t have time to run scientific tests, so I prefer instead to use the gear in real world productions I’m hired to work on.

I get a better sense of how these tools perform where the rubber hits the road, and it’s a good way to help out the productions I’m working on, pulling in items they might not otherwise be able to afford.

The perfect opportunity to put many of these items through their paces came up recently when I was asked to shoot a feature length pilot for a new Action/Adventure show aimed at young adults entitled, “Tribe of the Wild.”

“Tribe” is the story of five high school friends who are transported to a mysterious and unfamiliar world, a parallel reality where they are drawn into an ongoing conflict between competing bands of strange alien creatures.

The show’s Creator/Director, Shuki Levy and Producer, Ronnie Hadar were the same team I worked with way back in 1985 on the concept piece of what would eventually become the extremely successful “Power Rangers” franchise.
Although my friends left the series many years ago, “Power Rangers” is still in production and continues to generate huge profits, so expectations for this new endeavor were quite high. Based on Levy and Hadar’s track record creating hit programs, Relativity Media offered to distribute the new series, but first, my friends would need to produce an impressive pilot.

The veteran creative director and founder of Proof Inc. shares his insights on previs, postvis, pitchvis and the growing importance of visualization across the entire filmmaking process.

Ron Frankel at the Proof main office in Los Angeles. All images except where noted are courtesy of Proof Inc.

If I ever need to really “understand” something related to visualization or virtual production, I talk to Ron Frankel. There are certain people I’ve met during my tenure at AWN, people who have a knack, a gift if you will, of being able to explain often complex ideas in a succinct and understandable manner.  And make it interesting.  Ron, I dare say, could probably describe the inner workings of a cyclotron in a way that would actually make sense, in a way that would make anyone suddenly feel a career in Physics was now possible. Even desirable! Alas, I am neither succinct nor understandable.  But after a conversation with Ron, I always feel a wee bit smarter. As the founder and creative director of Los Angeles-based Proof Inc., Ron has been a seminal figure in the ever-expanding feature film visualization business for more than a decade. With a wealth of experience leading teams on some of the biggest, most effects-laden features, Ron understands first-hand the value that collaborative storytelling, design and visual development efforts can bring to a film. Over the course of several interviews in three different countries, Ron spoke to me at length about the art, technology and business of feature film visualization, as well as the dynamics, the politics and the growing awareness of its value within the filmmaking world.

Inside the Virtual Stage That Gives The Gamblers an Interactive Edge

Inside the Virtual Stage That Gives The Gamblers an Interactive Edge – from Wired.com (August 21, 2012) by Angela Watercutter

A distressed young man stands on a ledge atop a tall building, threatening to jump. The object of his affection bursts out onto the roof to try to reason with him. Meanwhile, a pair of smart-ass narrators — who are watching this harrowing scene, just as we are — crack wise about the young couple’s predicament and place bets on who, if anybody, will make it out alive. That’s the opening gambit of new web series The Gamblers, an innovative show from Fourth Wall Studios that lets — or practically forces — viewers to place grisly bets on which characters will live or die.[/vc_column_text][/vc_column][/vc_row][vc_row type=”full_width_background” bg_position=”left top” bg_repeat=”no-repeat” scene_position=”center” text_color=”dark” text_align=”left” class=”overWhite” bg_color=”#eeeeee” top_padding=”50″ bottom_padding=”75″][vc_column width=”1/4″][/vc_column][vc_column width=”1/2″][vc_column_text]